We’re a close-knit team with different specialisms, united by a shared goal:
Improving the lives of patients 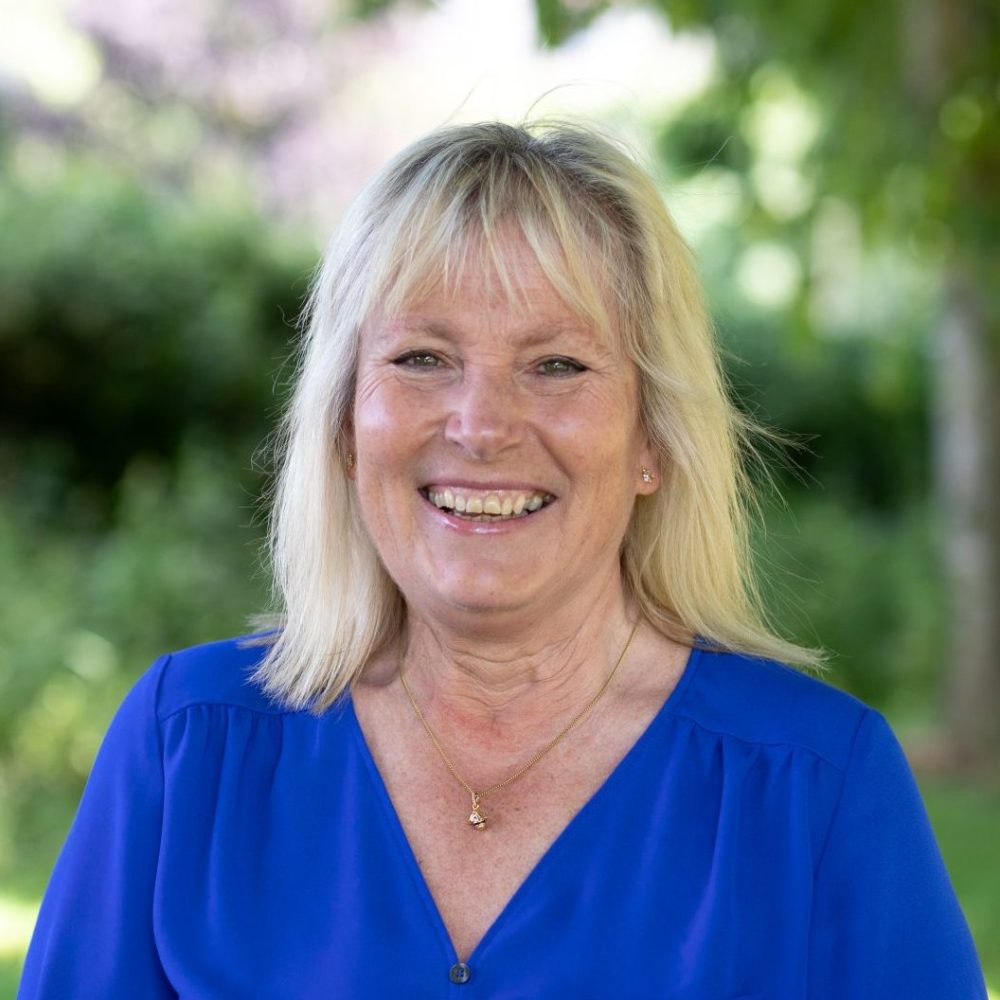 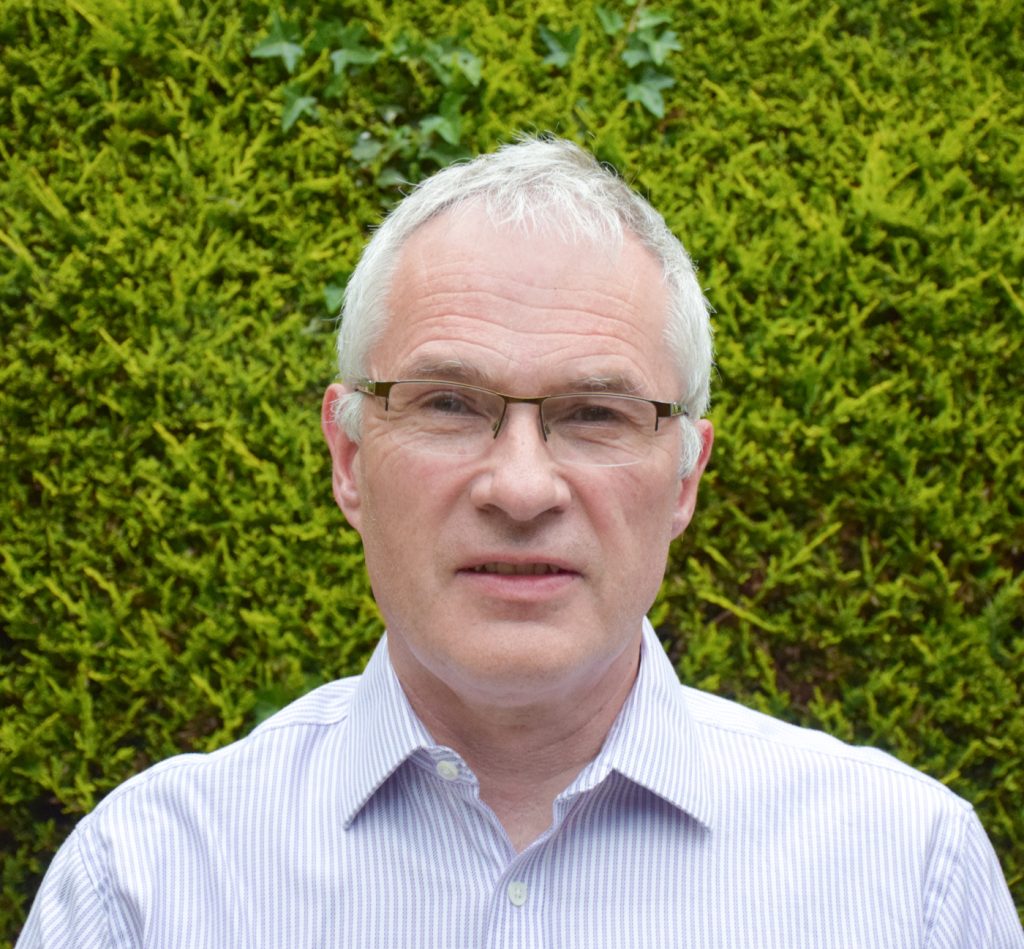 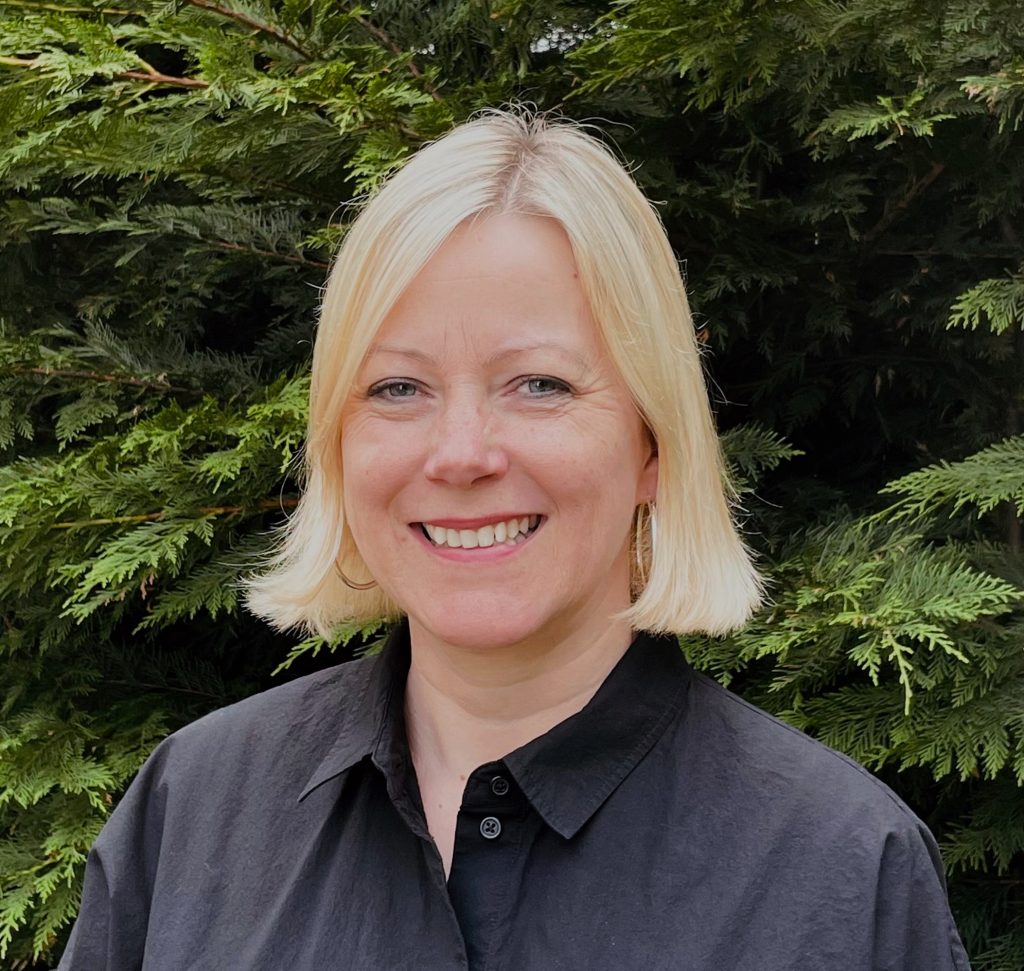 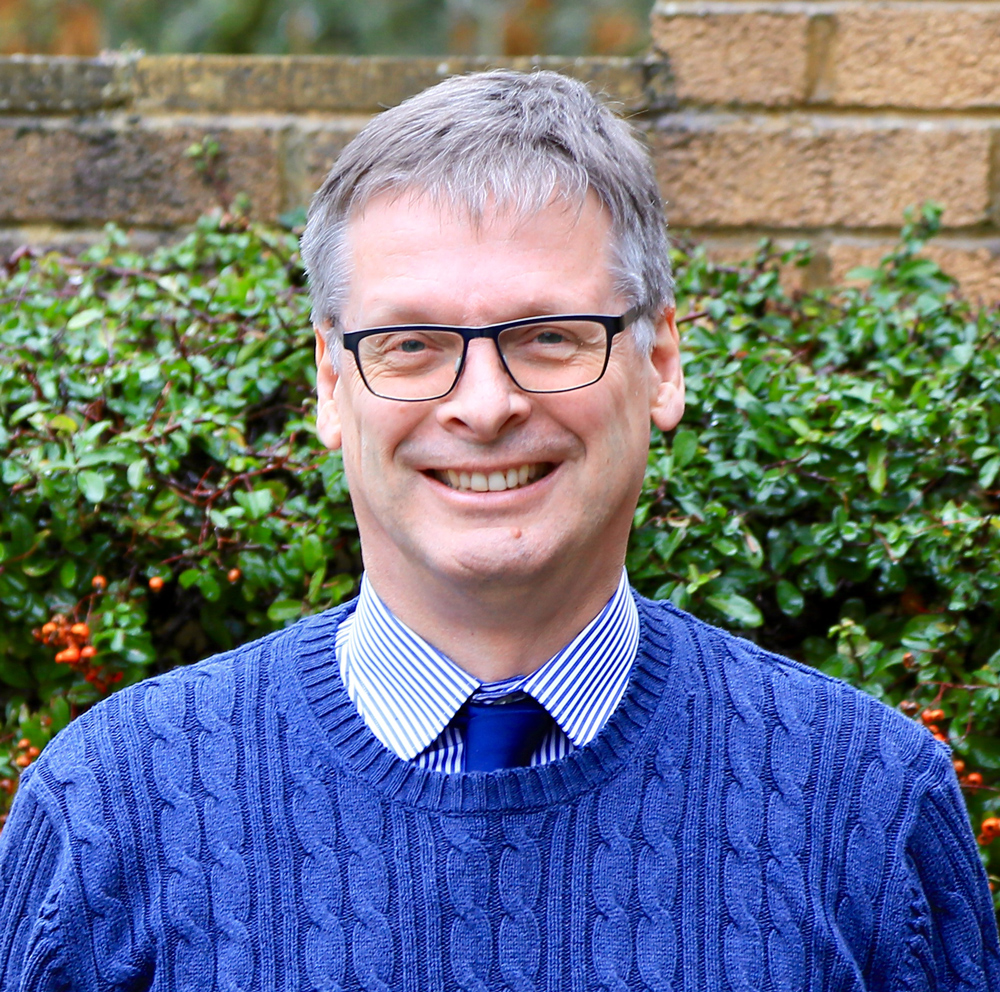 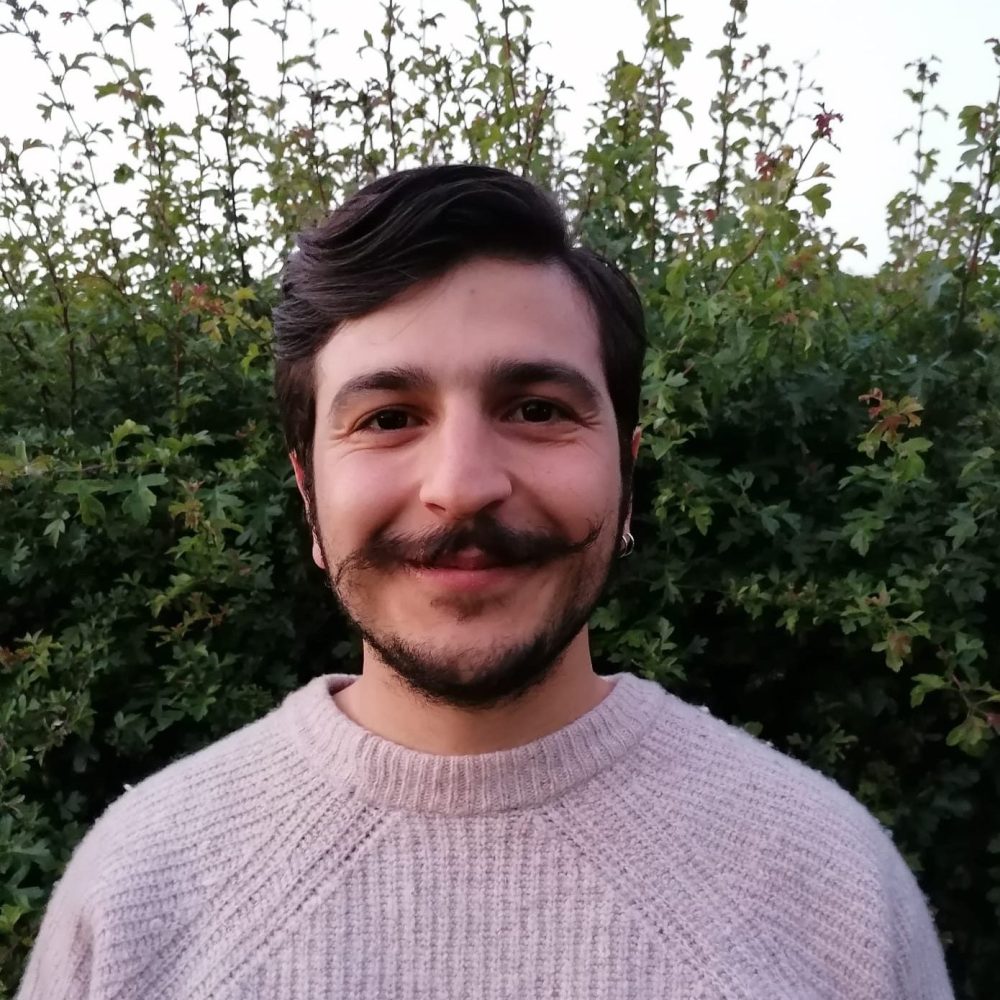 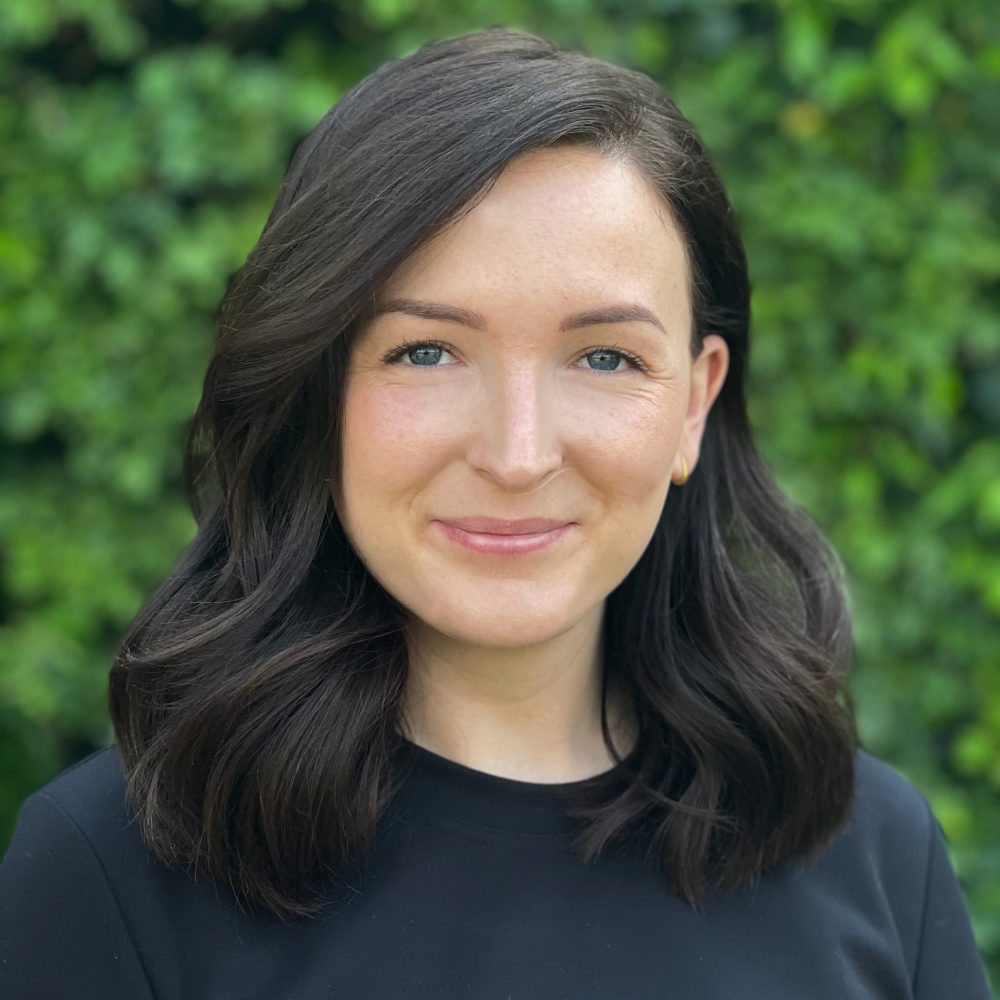 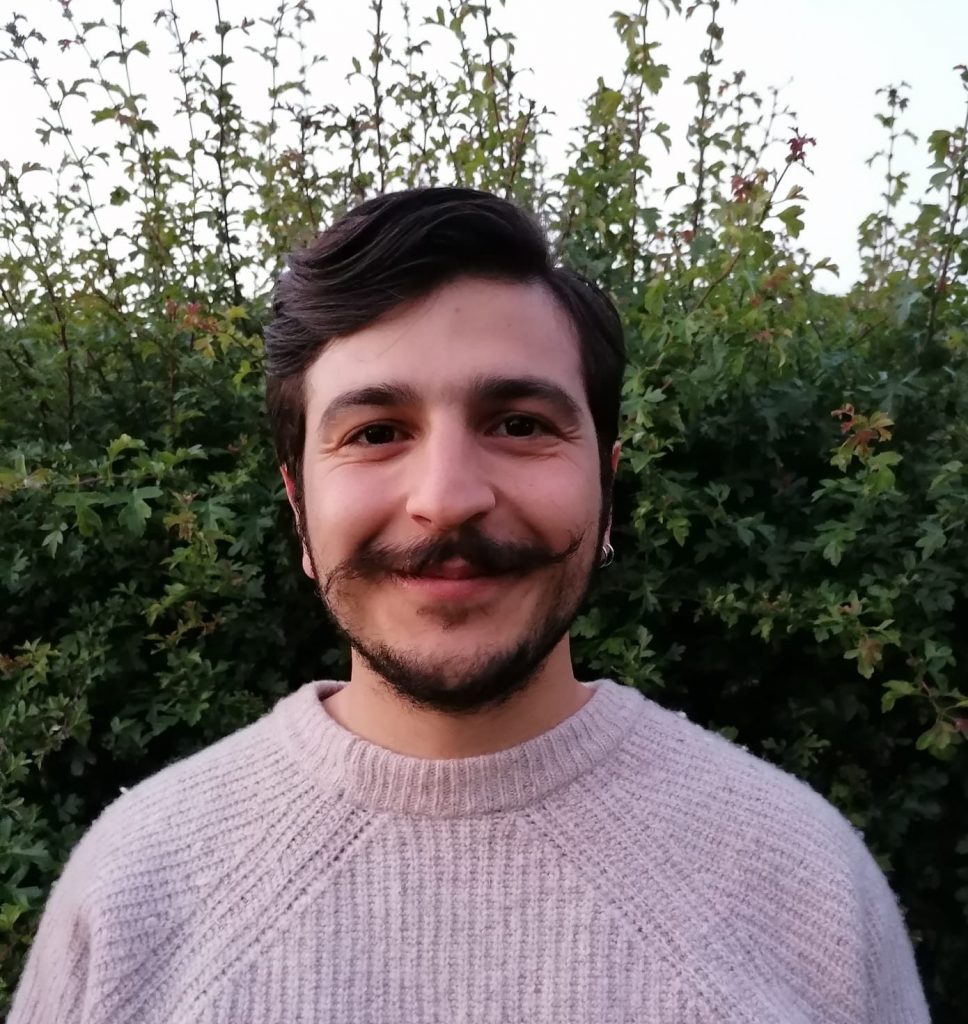 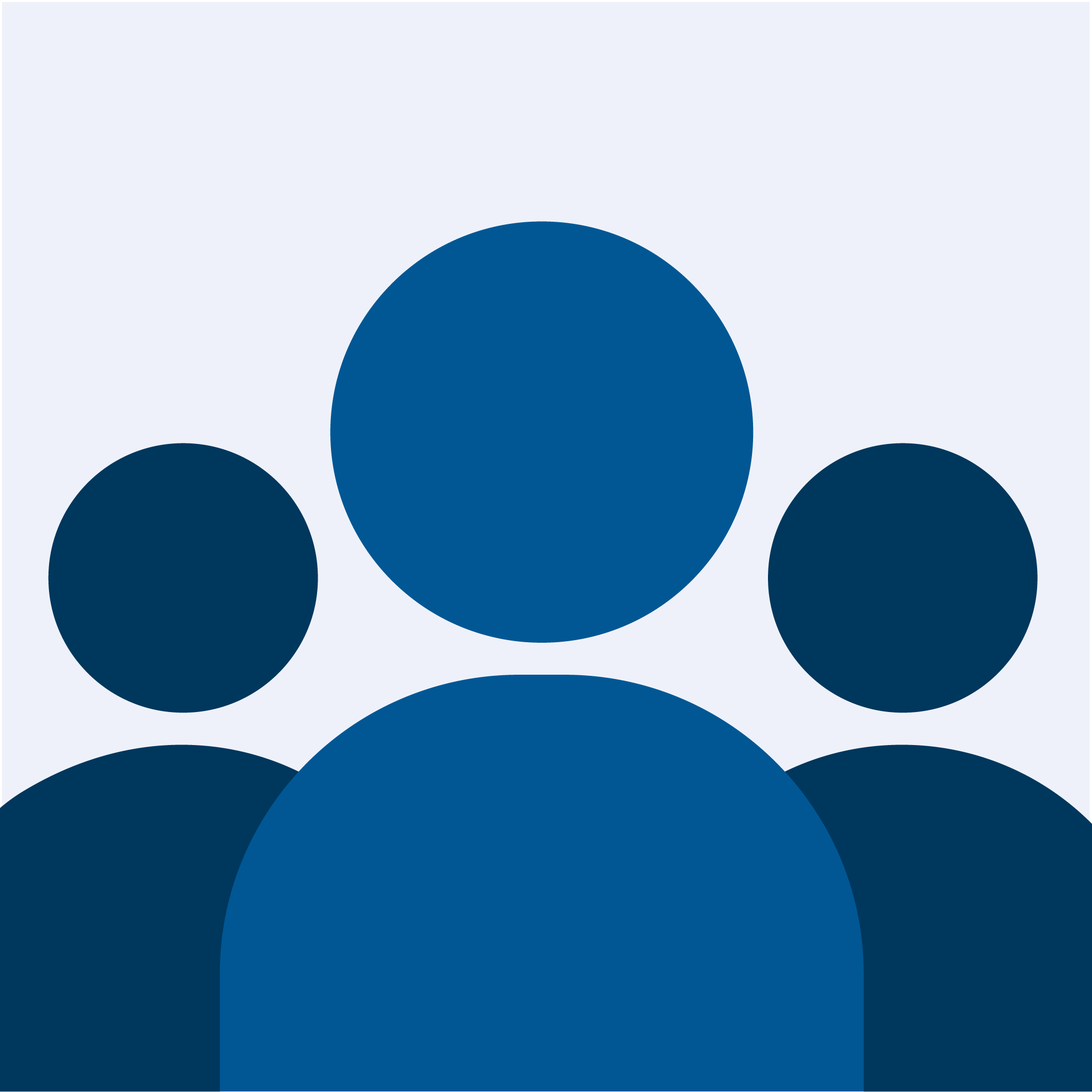 Improving the lives of patients

At Learn It Online, we recognise the importance of continuing professional development (CPD) and the crucial role it plays in enhancing patient care. All too often, online education can be unengaging, irrelevant and too far removed from the lived experience of patients and those caring for them. Our holistic approach to both the course design, build and delivery draws on the vision and skills of a select, hand-picked team of experts from a variety of backgrounds. This approach enables us to create courses that are well-rounded, patient-centred whilst ultimately meeting the required learning outcomes.

9th RCGP Health and Justice Summit 20th-21st October 2022 We are excited to be supporting the 9th RCGP Health and Justice Summit which takes place in Birmingham and are looking forward to sharing our vision for healthcare education with delegates as well as networking with some interesting and diverse organisations. For more information click the link: https://www.convenzis.co.uk/events/rcgp-seg-9th-health-justice-summit-2

CMHP conference 2022  7th – 8th October 2022 The 2022 annual international psychiatric pharmacy conference will take place at the Park Inn by Radisson, Northampton Town Centre. We are very excited to be supporting this event and are looking forward to meeting friends, colleagues and customers again!  For more information click the link: https://www.cmhp.org.uk/conference/conference-2022/

World Patient Safety Day – 17th September 2022 Theme – Medication Safety Oxford Health NHS Foundation Trust is providing a week of educational events for its staff to  mark World Patient Safety Day. Learn It Online has been invited  to support this worthwhile project by providing speakers and resources (including pens!). We would love t collaborate with other organisations, so please feel free to contact us with your suggestion!

For more information or to arrange a free demo, contact us 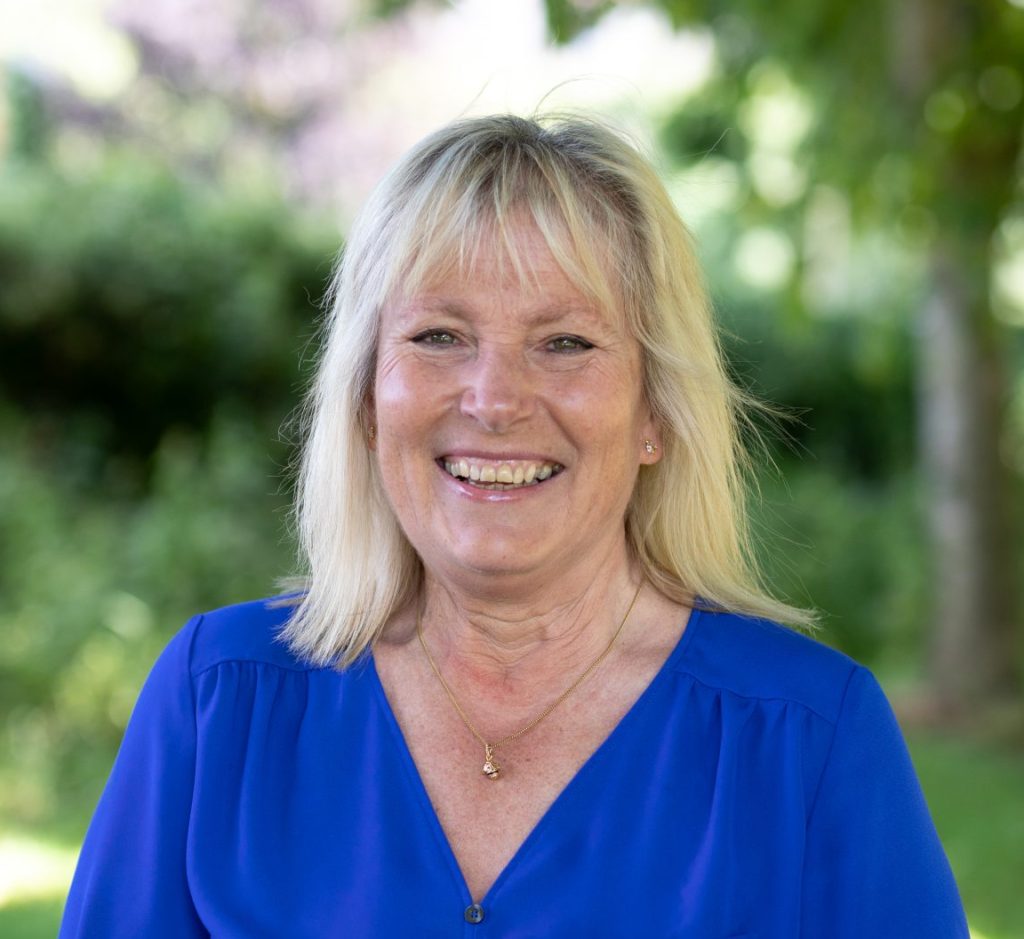 Liz is proud to have achieved a highly successful career within the Pharmaceutical industry spanning over 30 years. Her success was due to challenging the norm by bringing innovative ideas, coupled with her ability to engage with customers and partner organisations at all levels. Her passion has been rooted in the substance misuse and mental health arenas and she successfully completed a Masters in Drugs and Alcohol: Policies and Interventions with the Imperial College, London.

Throughout her career, Liz has been actively involved in developing a diverse range of marketing and educational resources, including the creation of a novel on-line training programme for healthcare professionals working in the substance misuse therapy area. She has also been responsible for producing and delivering training programmes for colleagues and healthcare professionals at all levels as well as developing tool kits for use by treatment services wishing to support their clients in making informed treatment choices. Liz is delighted to be part of this new and exciting venture and she believes that Learn It Online will allow her to play to her creative strengths in full and in doing so will help to deliver engaging and innovative resources which will enable healthcare professionals to support those in their care. 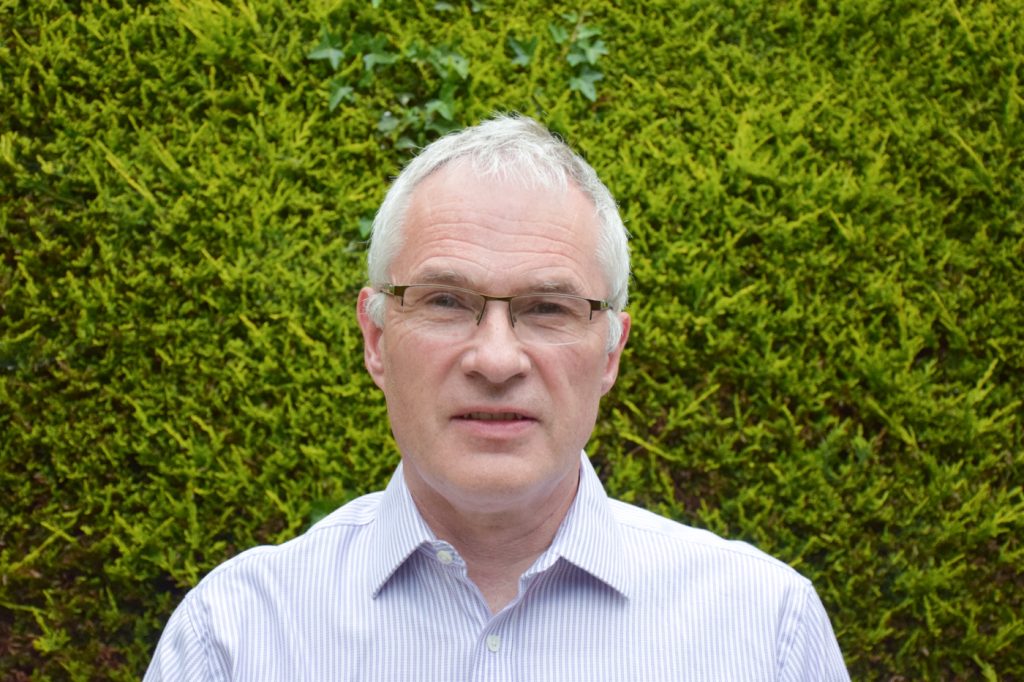 Stephen Guy is the Lead Mental Health Pharmacist for the Belfast Health and Social Care Trust and has 25 years’ experience in mental health pharmacy. Stephen became a  credentialed member of the College of Mental Health Pharmacists in 2005 and was  elected President of the College in 2008, serving in this role until 2011.  As President, he oversaw the merger of the College with  the United Kingdom Psychiatric Pharmacy Group to form the new College of Mental of Health Pharmacy in 2010 with the granting of charitable status in 2011. He also has been actively involved in pharmacist education  both as an external lecturer for the Queen’s University of Belfast (QUB) School of Pharmacy continuously since 2000 and in Postgraduate distance learning for QUB from 2005 to 2016.

Stephen has always been passionate about advancing the role of the pharmacist in mental health and has a particular interest in reaching out to colleagues outside mental health settings to ensure the safe use of high risk medicines such as lithium and clozapine and high risk scenarios such as rapid tranquilisation.

During her 25-year career in pharmacy, Venessa has worked in community pharmacy, primary care and secondary care. She worked for several years as a lead clinical pharmacist within NHS mental health services and developed a passion for the care and safety of patients taking high risk medicines to treat their mental health conditions. Venessa is experienced in developing clinical protocols and delivering training to mental health professionals and is pleased to provide clinical support to Learn It Online. Venessa is currently Deputy Chief Pharmacist in an acute NHS Trust.

Dr Law is a Consultant in Substance Misuse Psychiatry, employed in the British National Health Service as a Consultant. He has also worked for the  major national charity Turning Point (2013-2018). In 2016, he was elected a Fellow of Royal College of Psychiatrists for his contribution to psychiatry in the UK. Dr Law trained in General Psychiatry and obtained a subspecialty endorsement in the treatment of addictions, having previously worked doing addiction research in the Psychopharmacology Unit of the University of Bristol.

Dr Law has sat on several national expert groups advising on treatment guidance, including the National Mental Health Intelligence Network expert reference group on Dual Diagnosis. He has previously been Chair of the South West Consultants in Addiction Psychiatry Forum, and the South West Deputy Regional Representative for the Faculty of Addictions of the Royal College of Psychiatrists.He is a regular speaker at national conferences and training events, including the British Association for Psychopharmacology, the University of the West of England and the South West Division of the Royal College of Psychiatrists. He has also been a peer reviewer and associate editor for several academic journals and is currently a Trustee of 2 charities, one of which works with complex trauma and mental health, and the other with addiction issues.

Dr Law has published 15 peer reviewed original research papers and is also well known in the UK for his protocols and procedures relating to medications and care pathways, which have been adopted by many NHS and non-NHS addiction providers.

My name is Vasileios Voulgaropoulos and I am a senior Clinical Pharmacist for Mental Health. I am genuinely passionate about debunking the stigma surrounding mental disorders, while improving healthcare outcomes which naturally reflect on the patients’ experience.

Everlearning is the core of my practice and I wholeheartedly believe it constitutes a pivotal element for both own’s professional development and improvement of the healthcare services. This thirst for knowledge has driven me through the successful completion of an MSc in Clinical Neuroscience while working full-time. Currently, I have a strong desire to share my knowledge/experience with colleagues or other professionals to support their learning journey. I plan my next steps envisioning a future career where I would be more involved in academia and research. 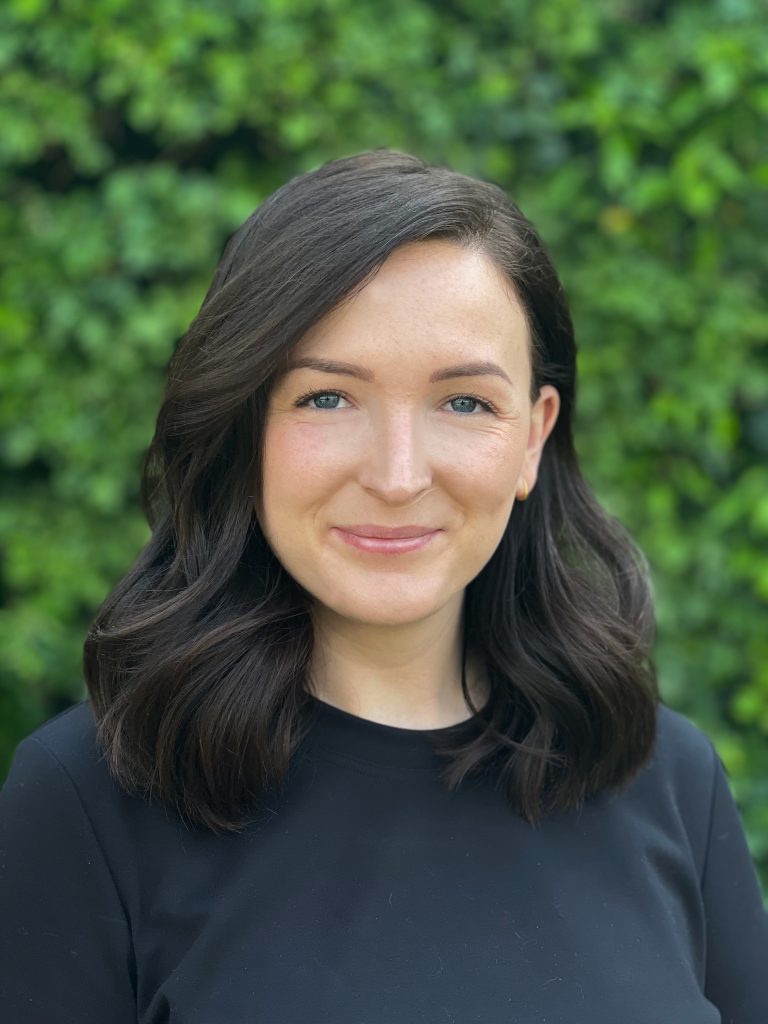 Eilish is a passionate creative specialising in brand strategy and eLearning design and development. Overseeing the creation of all of our courses and resources, she is also responsible for the development of our websites and making sure your experience of Learn It Online content is consistent, easy to use and enjoyable.

Founder of her design studio makers&co, everything her team creates is filtered through the lens of the target audience so that the end product meets their needs and solves the goals we set out to achieve in the very beginning.

For Eilish, being part of such an innovative and collaborative team is a joy! There is always a new challenge to work through together and an overwhelming sense of purpose and meaning to the work we do.

We are always on the look out for enthusiastic and experienced mental health professionals who share our passion for improving the lives of patients. If you are interested in being part of the team on a freelance basis please contact us – we’d love to hear from you!